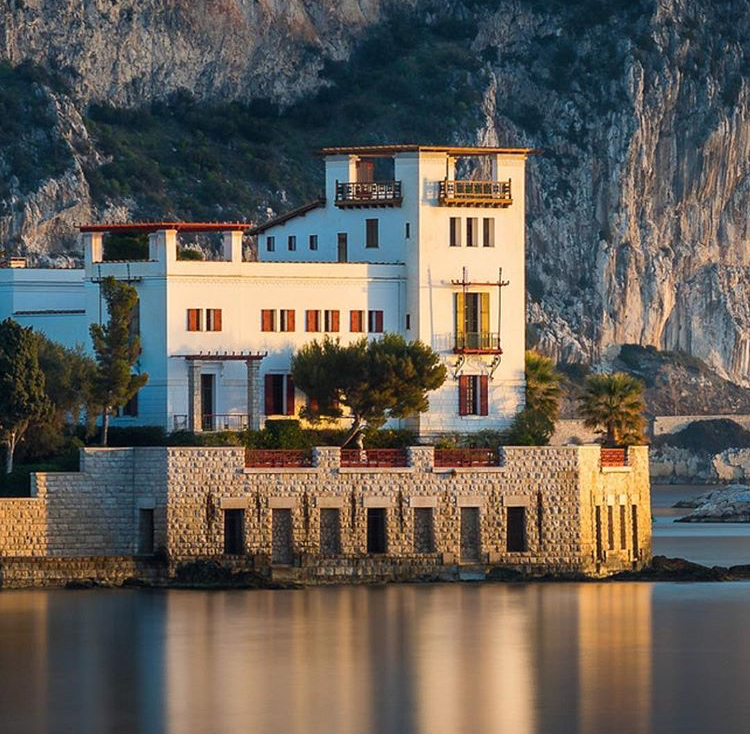 Villa Ephrussi de Rothschild in Saint-Jean-Cap-Ferrat: Right in the middle of Cap Ferrat, this villa inspired by the Venetian Renaissance residences is the realized dream of Béatrice Ephrussi de Rothschild. In 1905, the art-lover decided to create a sumptuous palace to host her collection. Today, about 5000 works adorn the lounges, boudoirs and galleries of the residence. A real museum that takes you through different artistic movements, from Antiquity and Impressionism, to Chinese ornaments and the 18th century, the baroness’ favourite era. Marie-Antoinette’s twist table hints at the collector’s admiration for the queen. And Béatrice’s dream continues in the park, where you can find nine gardens of different inspirations : Spanish, Florentine, Japanese, Provençal ……

Villa Kérylos in Beaulieu : It is named after a legendary swallow, which appeared suddenly from the waves as a sign of good omen. Like the bird, this immaculate villa seems to spring out from the sea, at the headland of a peninsula. Inspired by the noble residences of the island of Delos of the 2nd century BC, it is the work of a rich Hellenist, Théodore Rheinach, who actually lived this ancien dream between 1908 and 1928. Once you enter the hall, where the inscription “Xaipe” welcomes you in old Greek, the immersion is complete. The peristyle and marble columns, the thermal baths, the library and its lecterns on which you read standing, the dining room where you dine lying down, the castings …Even the plants of the garden, lined by the sea, are examples of the Greek flora. A quite unique reconstruction, in an idyllic setting !

In 1543, the Duke of Savoy ordered the fortification of the site to protect it from Franco-Turkish occupation.

At the beginning of the 20th century, the town became just like Nice, a holiday resort for English and Russian aristocrats.

It was also very popular among American and French artists.

Cocteau was to drown his sorrows in a bar for sailors and in the opium den of a small harbour hotel.

These days, the harbour is the most important passenger port in France.

Continue your drive to Monaco where you will have the possibility to visit the Prince’s Palace of the Grimaldi Family in the Old town (from May to November, entrance fee excluded)

In this private tour, discover the French Riviera highlights through the eyes of a local private guide. Enjoy the visit of two of the most stunning villas on the French Riviera, Ephrussi de Rothschild and Kerylos. Stop for a nice walk in Villefranche sur Mer and finish your day with the visit of the old town of Monaco and Monte-Carlo or the perched medieval village of Eze.

As this tour is private, I will be happy to adapt the itinerary to your own preferences and interests.

The itinerary could be swapped due to traffic issues.

Pick up and drop off at your hotel in Nice